Dr. Executive: The Growing Popularity of the MD/MBA 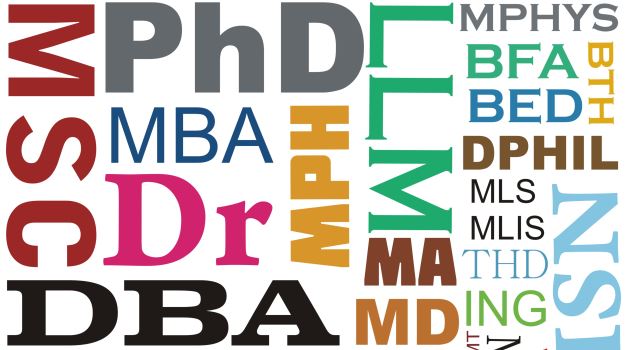 This past December, Vivek H. Murthy, MD, MBA, assumed the office of Surgeon General of the United States. At just 37 years old, Murthy’s age is not his only unique attribute; he also holds a Master of Business Administration from the Yale School of Management.

Many physicians go on to pursue additional degrees after medical school, such as a PhD or MPH, but until recently doctors with MBAs were few and far between. The demand for business training among providers has exploded in the past decade. Murthy is emblematic of this trend—symbolizing a new role for doctors in the U.S. healthcare system.


Twenty years ago, there were only six combined MD/MBA programs in the U.S. Today, there are about 65, according to a recent article in The Atlantic magazine. That means about 500 currently enrolled students nationwide.

Rather than adding two more years of education, these programs integrate the medical and administration curriculum into five years. The total comes out to just one extra year on top of medical school.

To multiply the appeal, an MBA can open doors to higher-paying jobs than a medical degree alone. A 2014 study by The New York Times showed that the average salary for a hospital administrator is $237,000, while the average clinical physician makes $185,000 per year. Like Murthy, MD/MBAs also tend to end up in leadership roles rather quickly out of residency.

The dual skill sets of business-savvy and medical training seem to make for appealing job candidates—especially in administration, policy, and industry positions. Hospitals and other healthcare organizations frequently hire MD/MBAs into high-level roles, which can require both patient care and budget management.

Medical schooling has long-since been criticized for a lack of evolution. However, as any good business student knows, growing demand can drive supply. Decreasing reimbursements and the ballooning cost of higher education have many residents feeling concerned about their financial future—enhancing the draw of a better-paying administrative gig. This, combined with aspirations of entrepreneurism or improving public policy, has helped fuel the addition of an MBA to traditional medical degrees.


The motivations for obtaining an MD/MBA are clear: higher income, leadership positions, and diversity of career opportunities. But not everyone in healthcare believes that business degrees make sense for medical providers.

Not long ago, physicians who pursued MBAs were sometimes considered turncoats for a perceived inferior devotion to medicine and science. In 2005, the author of an article in Physician Executive interviewed 40 MD/MBA students, and about half brought up the concept of feeling like “a traitor to the medical field.”

The students noted that many peers were supportive of their desire for a business degree, but others would regard them as less altruistic and more interested in money. This perception may be changing as MD/MBAs advance into public service roles and make other contributions to medicine from non-clinical positions. However, many physicians manage to achieve success in administration, entrepreneurship, and the policy realm without formal business training.

Joseph Kim, MD, MPH, the creator of the website NonClinicalJobs.com, explained to Physician Executive Journal that an MBA is not always necessary to reach these goals.

“There is a misconception out there in the physician community that you need to have an MBA to succeed in the nonclinical world—or that having an MBA will guarantee you a job in industry,” he says. “Both of those perceptions are incorrect in my opinion.”

He thinks that the best candidates for business programs are either newly minted doctors looking to compensate for limited work experience or established physicians who want to show that they are serious about a career change.

Critics also question the effectiveness of many MD/MBA programs in combining medical and business curriculum. A 2010 survey by then-MD/MBA student Joshua Goldman found that many students felt the coursework needed more integration.

“A lot of programs are still four years of medical school and a year or year-and-a-half of business school. You just kind of squeeze it in, and the two programs don’t talk to each other,” he reported to Physician Executive Journal. Recently, though, many MD/MBA programs continue to revise curriculum to better combine the healthcare and business aspects.


Limited studies exist on the current activities and outcomes of MD/MBA graduates, meaning that most information is self-reported or anecdotal. Goldman’s survey of students and programs is one of the few resources available to gauge perceptions about the combined degrees and their effectiveness.

“It seems that these people are pretty happy, which is interesting in a world where many doctors are frustrated,” Goldman told the journal.

He and a co-author wanted to find out if MD/MBA holders felt the combined degree was worth the time and monetary investment. They were also interested in knowing if the training enhanced their careers and provided the skills they desired and expected.

Essentially, his survey asked, “Is this something that’s useful?”

The individuals he interviewed provided a clear answer: Yes. About 93% of MD/MBA graduates in the survey believed the degree was worthwhile and 89% claimed it offered “significant ROI.”

To define return on investment, Goldman compared the starting salaries of the surveyed MD/MBA graduates with the average salaries of medical specialists within the same time period. Those holding the business degree made $292,500 on average, while specialists without it made about $192,200 each year. Even surgical specialists came in about $45,000 less than MD/MBA holders with a typical salary of around $247,300.

According to Goldman, two factors influenced the compensation disparity.

First, the business training set them apart from other candidates and allowed them to find management positions—sometimes as their very first job. They received additional pay for the administrative duties they conducted on top of medical practice.

The second factor Goldman claimed to involve entrepreneurial endeavors. Numerous respondents launched or joined other businesses on top of salaried jobs as providers.

“Their physician salary was not necessarily higher just because they went to business school, but they were doing interesting and creative things with the MBA portion of their degree in addition to practicing,” he explained to Physician Executive Journal.

Goldman himself is now a primary care sports medicine physician at the University of California-Los Angeles and the founder of MyHouseCallMD.com.

Not All About the Benjamins


Although surveys demonstrate higher earnings among MD/MBAs than most physicians, money is not the reason respondents generally claim as their motivation. The majority of doctors with business degrees say that they want to make a difference in medicine.

Maria Young Chandler, MD, MBA, founded one of the earlier MD/MBA programs in America at the University of California, Irvine in 1997, and is also the president of the Association of MD MBA Programs. On the Association’s website, she describes graduates of such programs as a select group of doctors who will “lead our community and the healthcare industry toward a solution to the incredible challenge we are faced with—providing patients with quality care that is financially and ethically responsible.”

Chandler strongly feels that “physicians of the future need business skills to be better leaders as well team members.” In an interview with The Atlantic, she posited, “What industry puts somebody with no business training in front of a huge budget? Nowhere but medicine, really.”

The finances of American medicine have been a significant public concern for some time. Statistics show that the cost of healthcare per capita is about 2.5 times more than in other developed countries, like the United Kingdom and France. At $8,200 for each U.S. citizen annually and growing, medical care eats up nearly 18% of American Gross Domestic Product.

With the complexity of the payer system combined with considerable changes incited by the Affordable Care Act, up-and-coming physicians want to ensure they grasp the business side of medicine. Some even aim to help resolve the financial and systemic challenges of American medicine.

Chandler found that MD/MBAs seem to perform exceptionally in typical residencies in addition to business and policy-oriented routes. She gathered evaluations of alumni of her UC Irvine at residencies nationwide, and discovered that “in almost every category, MD/MBAs were listed as higher: even in non-business areas.” She told The Atlantic that there might be self-selection bias involved—meaning dual degree students “may be more competitive and well-rounded to begin with.”

Business training does seem to attract highly motivated and ambitious physicians like Murthy. Chandler is no exception either. Because she was unaware of the few combined programs available during her education, she obtained her MBA through evening classes while also practicing full-time as a pediatrician. In addition to her work at the Association of MD MBA Programs and UC Irvine, she supervises nine Los Angeles nonprofit clinics.


Similarly to Chandler, many physicians pursued their MBA separately from their MD. Some feel that it is better to get a few years of experience as a practitioner under one’s belt and then apply to a two-year business program.

Certainly, medical students should feel no pressure to pursue a business degree if it does not match their current career interests. Plenty of MBA programs accept doctors who are further along in their careers, if so desired in the future.

Chandler, however, thinks that receiving both sets of training in tandem may help develop a unique perspective on healthcare. Residents can perhaps get a leg up at the very start of their careers by exercising business skills like negotiation.

Either way, the number of MD/MBA holders is unlikely go anywhere but up. Some universities have even begun offering online Healthcare MBAs to meet demand.

While many factors are motivating this growth, a business degree is not appropriate for every physician. Healthcare will always need doctors and scientists who are entirely dedicated to working in the lab or with patients—especially with the ongoing U.S. shortage of specialists. Physicians with MBAs may play a significant role in the future, but they are not the only important role to fill.


The MD/MBA Association ranked schools offering a combined medical and business degree by analyzing data from the US News and World Report.


The Growth of the MD/MBA


20 years ago, there were only six combined MD/MBA programs in the United States. Today, there are about 65.

MD/MBAs also tend to end up in leadership roles rather quickly out of residency.

Many peers were supportive of their desire for a business degree, but others would regard them as less altruistic and more interested in money.

About 93% of MD/MBA graduates in the survey believed the degree was worthwhile and 89% claimed it offered “significant ROI.”

The majority of doctors with business degrees say that they want to make a difference in medicine.

While many factors are motivating this growth, a business degree is not appropriate for every physician. This past December, Vivek H. Murthy, MD, MBA, assumed the office of Surgeon General of the United States. At just 37 years old, Murthy’s age is not his only unique attribute; he also holds a Master of Business Administration from the Yale School of Management. 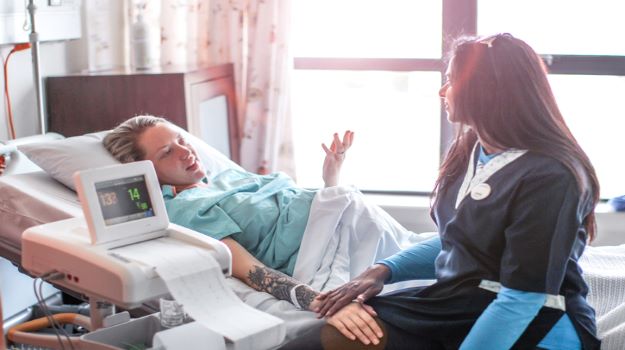 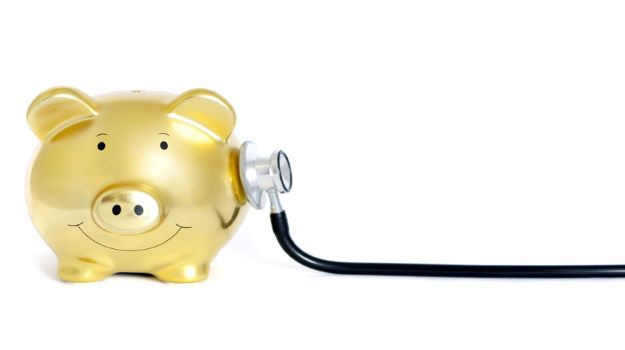 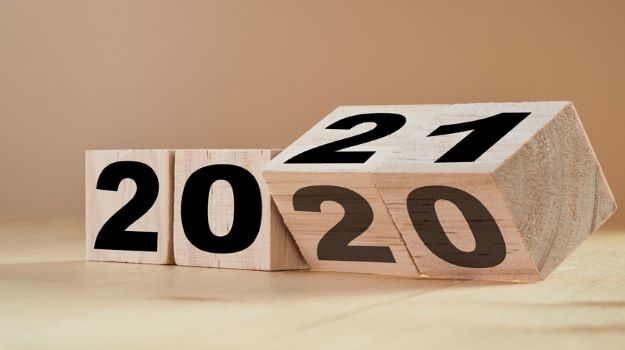